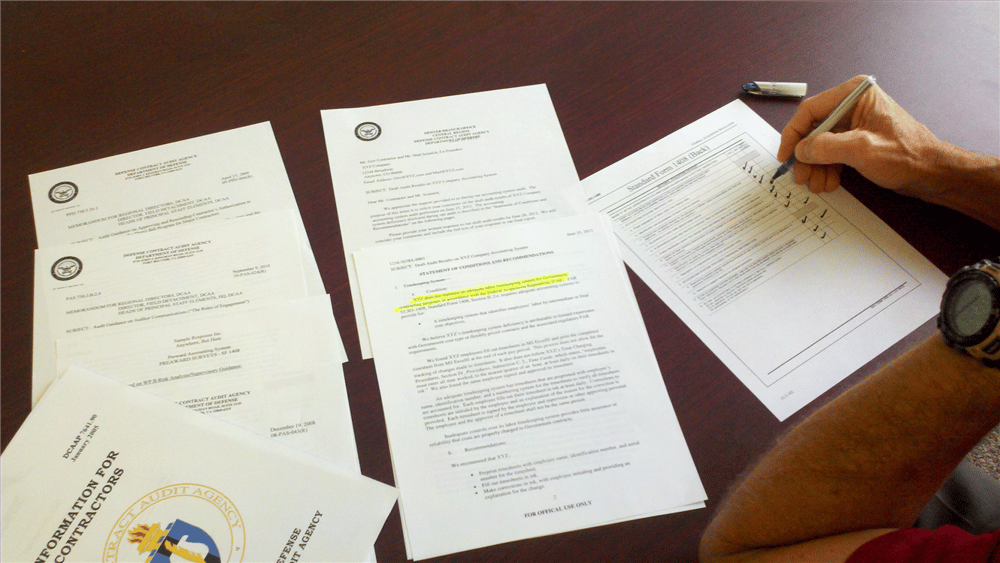 Shoud I be worried about the False Claims Act?

There were a couple of events this year that will impact Government Contractors in the future relative to the False Claims Act.  The False Claims Act (US Code, Title 31, Para 3729) is the regulation that imposes a liability on anyone who "knowingly presents, or causes to be presented, a false or fraudulent claim for payment or approval."  The law specifies "any person" that knows so this is open for some interpretation but includes both prime and subcontractors.  The liability can be stiff as it involves a financial penalty of $5,000 to $10,000 plus 3 times the damages suffered by the Government due to the false claim plus liability to cover the cost of civil actions by the government.  In addition, the government will most probably debar a contractor that is found to be in violation of the False Claims Act.  The two events this summer of interest were:

1)  The Supreme Court issued a decision in the case Universal Health Services v. United States ex rel. Escobar.  This decision found that under some circumstances, a contractor may be found liable for a violation of the FCA under the "implied certification theory".  In this case the contractor made some representations about the goods or services provided in addition to requesting payment.  Since the act doesn't really define what "fraudulent" means, this decision will help with the definition of this term.  In this case, there were some implied qualifications/certifications of individuals providing the services that were not complied with and as a result the contractor was found to be in violation of the False Claims Act.

As noted above, there are terms in the law (like "fraudulent") that are not well defined and court actions like this will add to the interpretation of the law.  There are other terms in the law, such as "any person".  This is fairly broad as well and can include not only a prime contractor but a subcontractor as well.

So why do I bring this up?  Just for general interest?  Not exactly.  I think it makes sense for all contractors and subcontractors to re-evaluate their policies and standard practices relative to ethics and government contracting.  Things like timekeeping and recording of project costs in accordance with the contract requirements are issues that could cause problems relative to this act.  For instance, if a contractor does not have accurate timekeeping records for all employees in accordance with FAR and DCAA requirements, how can they submit invoices for either time and material contract or cost plus contract payments?  Is that a violation of the False Claims Act?  Technically, yes it is a violation.  If a prime contractor subcontracts part of the work on the contract, and fails to pass down the requirements to the subcontractor, and then a product or service is delivered to the prime and subsequently to the government, is that a violation?  If the contractor's accounting system does not accurately, and within the contract terms like FAR part 31, record costs accurately, is this a violation?  If time records of employees are not maintained in a manner specified by the government, including all employees recording all time, is this a violation?

These and other compliance issues are sometimes not clear to a firm that is not well seasoned in government contracting regulations.  The risk obviously is going up, with increased penalties in play.  The risk also increases with the size and type of contract that a company has with the government.  All government contractors should re-evaluate their policies and procedures and actions to make sure they are in compliance.  Small companies should seek professional help to help keep them from making mistakes with compliance and potential False Claims Act violations.

An Introduction to Indirect Rates for Government Contractors

What is the difference between the DCAA and the DCMA?

An Introduction to Government Property Management

Can I use QuickBooks for Government accounting?