Mike Anderson July 12, 2011
I was fortunate enough to be able to witness in person the final Space Shuttle launch last week.  What a truly awesome sight and experience that is.  I can't begin to describe the feelings associated with that event.  There are the feelings of pride associated with being involved in one of the many subcontracts years ago in building components for the Shuttle.  There is the feeling of accomplishment associated with witnessing the most complex machine ever assembled perform flawlessly.  There is the patriotic feeling knowing that this is truly an American effort and expertise.  Then there is the feeling of power associated with 6.3 Million pounds of thrust coming to life before your eyes and then the overpowering sound and feel of this much horsepower being released 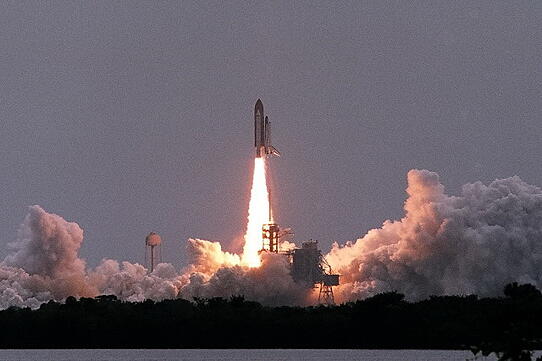 instantaneously.  Then the amazement as you witness the size of the fireball coming out of the end of the rocket - more than 3 times the size of the rocket.  As all of these feelings were mixing in my body I also felt sadness.  It is sad that this is the final mission of the Space Shuttle (after 135 launches).   There is also concern about all the people that will loose their jobs at the end of the Shuttle era.  So the feelings were bittersweet.  Being an optomist, I can't help but also think about the new opportunities that this can bring to America and American business.  There are currently at least 4 new companies building prototype manned space vehicles.  The 4 main ones are being supplemented with government contracts, providing opportunity for many new companies.  It may be 4 or 5 years before Americans can launch humans into space again but there will be many opportunities for businesses in the meantime to help with this innovation and the next step in mankind's quest for the stars.  Godspeed Atlantis and thank you to all the people who made the Space Shuttle program happen.

Does the government encourage the Small Business Contract?